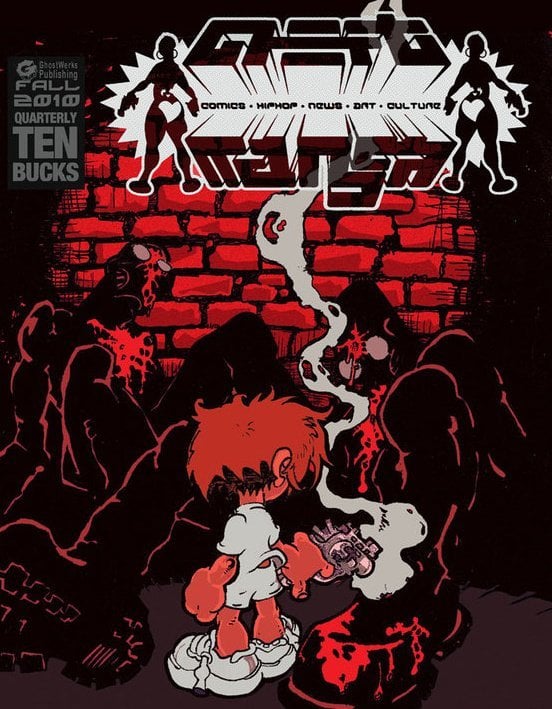 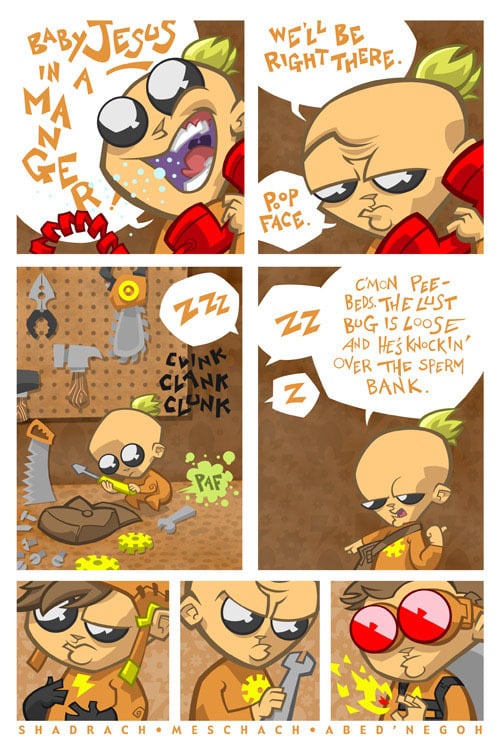 IN THIS ISSUE: *MANCHILD by Samax Amen- In this corner we have a pissed off three-year-old with a thirty eight revolver. In the other corner, we have a cybernetically enhanced retrieval team hellbent on bring the kid back to... whatever...

*IF I WAS DICK by Joshua Boulet- Let me just say this: Dick Chaney is SO gangster... you don't even KNOW!!!

We also have a review and an eight page preview of FELIPE SMITH'S groundbreaking culture clash manga PEEPO CHOO in our Right-to-Left section, courtesy of Verticle.

All that PLUS Corance's Top 5, BegBorrowSteal, Movies That Should Be Comics, and more!